Vice-Rector and Headmaster of the Primary School

Born in Lecco in 1977, he has been Rector of Collegio Villoresi San Giuseppe since 2019. With a degree in Theology from the Theological Faculty of Northern Italy and a degree in Philosophy from the Vita Salute San Raffaele University, he has taught in state high schools and worked with young people in various educational institutions in the Milanese hinterland. He has collaborated with the Social and Labour Pastoral Service of the Archdiocese of Milan and is an expert in Social Ethics at the Faculty of Economics of the Università Cattolica del Sacro Cuore. He writes articles for L'Osservatore Romano and Avvenire, collaborates with Radio Marconi and edits the blog "A misura d'uomo". Among others, he has published: “La sfida dell'unicità. Come diventare ciò che si è” (con S. Petrosino, 2018); “L’adesso di Dio. I giovani e il cambiamento della Chiesa” (con A. Smerilli, 2019); “Il gesto sacro. Una conversazione con Mario Botta” (con B. Basile, 2020).

Giorgio Damiano has a degree in economics and commerce from the Luigi Bocconi University in Milan and is Managing Director of the Villoresi San Giuseppe College in Monza and Merate and the Volta College in Lecco. For the last few years, he has also been a member of the Board of Directors of a company that owns a Milanese jewellery brand and Senior Manager of Contract Manager srl, a leading company in Italy in the field of Temporary Management. During his career, he has gained extensive experience in management control, performance measurement and optimisation of costs and organisational functions, holding various positions on management committees and boards of directors of various companies.

Born in Milan in 1977. She graduated in 2002 in Education Sciences with a degree thesis on Legislation and Organisation of Social Services. After graduating, she began her career as Pedagogical Coordinator of Educational Services of the Third Sector. She is involved in childcare, school education for children with disabilities, child protection services and educational services for adolescents, as well as in prisons, supporting mothers in prison with their children. In 2012 she became a Professional Counselor at the C.S.T.G. School in Milan and works on prevention of affectivity and sexuality in schools. Since 2016, she has been a lecturer/assistant in Social and Intercultural Pedagogy and Tutor of the Apprenticeship in Educational Sciences at the Catholic University of the Sacred Heart in Milan.

Vice-Rector and Headmaster of the Primary School

He was born in Melzo in 1972. He obtained a degree in Educational Sciences at the Catholic University of Milan and a degree in Religious Sciences at the ISSR in Bergamo. In 1998 he worked as head of educational and pastoral services at the Pozzuolo Oratory. In 2001 he worked in personnel selection and management for a temporary company in Bergamo and in 2004 he was an educator in a community for young people in difficulty in the Milan area.
Since 2009 he has been teaching religion in the secondary school of Collegio Villoresi.
Since 2016 he has been Vice-Rector of the Collegio Villoresi. Since 2021 he has been Headmaster of the Primary School.

Class 1967, in the world of school and education since his early work experience.
Teacher at first, then vice headmaster at the Opere Sociali Don Bosco in Sesto S.G. from 1992 to 2004. In the same year, he moved to Villoresi in Monza as Headmaster of the Lower Secondary School and general manager of ICT. Graduated ISEF (High School for P.E) with honours from the Catholic University of Milan, qualified for both lower and upper secondary schools. Master's degree (2014) with full marks from the University of Florence in the field of new digital expertise. Member and associate of MED (Italian Society of Media Education). Collaborator as a designer and trainer for the Quasi centre of the Bicocca University of Milan on school digitisation issues.

After graduating in Philosophy from the Catholic University of Milan in 1999 and obtaining a specialisation in Communication Sciences and Marketing, she obtained a second master's degree in Pedagogical Sciences in 2012.
She has taken on managerial roles in major multinational companies operating in the media and communications sector, in the areas of process organisation, strategy, marketing and digital communications.
Since 2012 she has been working in the field of Education dealing with bilingualism, first as Head of School of a Bilingual Pre-School in Milan and then as Head of Enrollments and Marketing of a group of international schools.
At Collegio Villoresi, she is in charge of Admission processes and managing the relationship between school and families.

Born in Erba, class '78, first player in the youth sector of Monza, then in various teams of Serie D and Eccellenza Lombarda. He immediately discovered the importance of teaching football and the pedagogical potential of sport, to which he dedicated his degree thesis in Educational Sciences. He devoted 15 years to an educational project centred around the game of football. Since 2020, he has been working at Collegio Villoresi to transform sport into a tool for the holistic growth of young people. 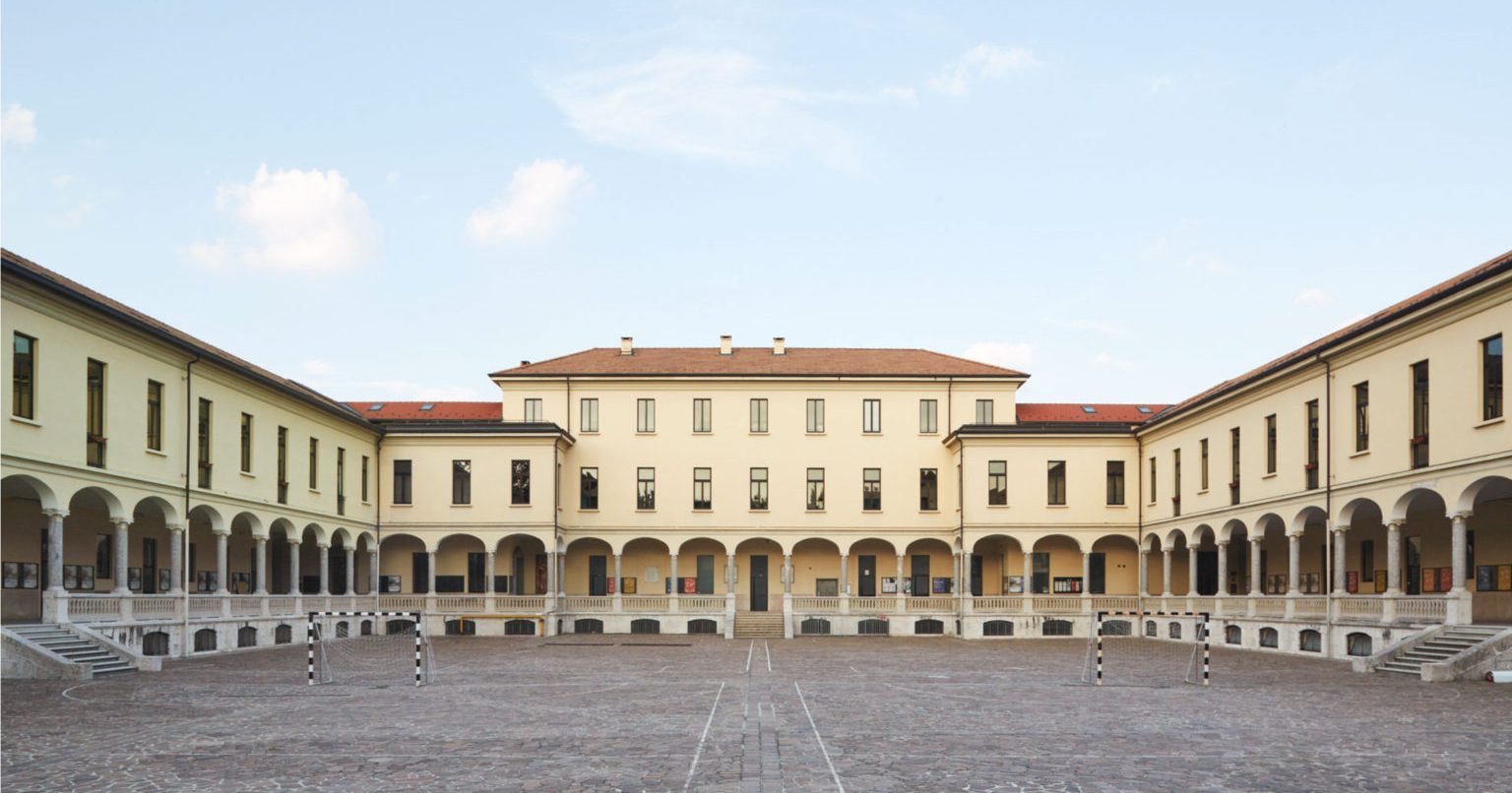 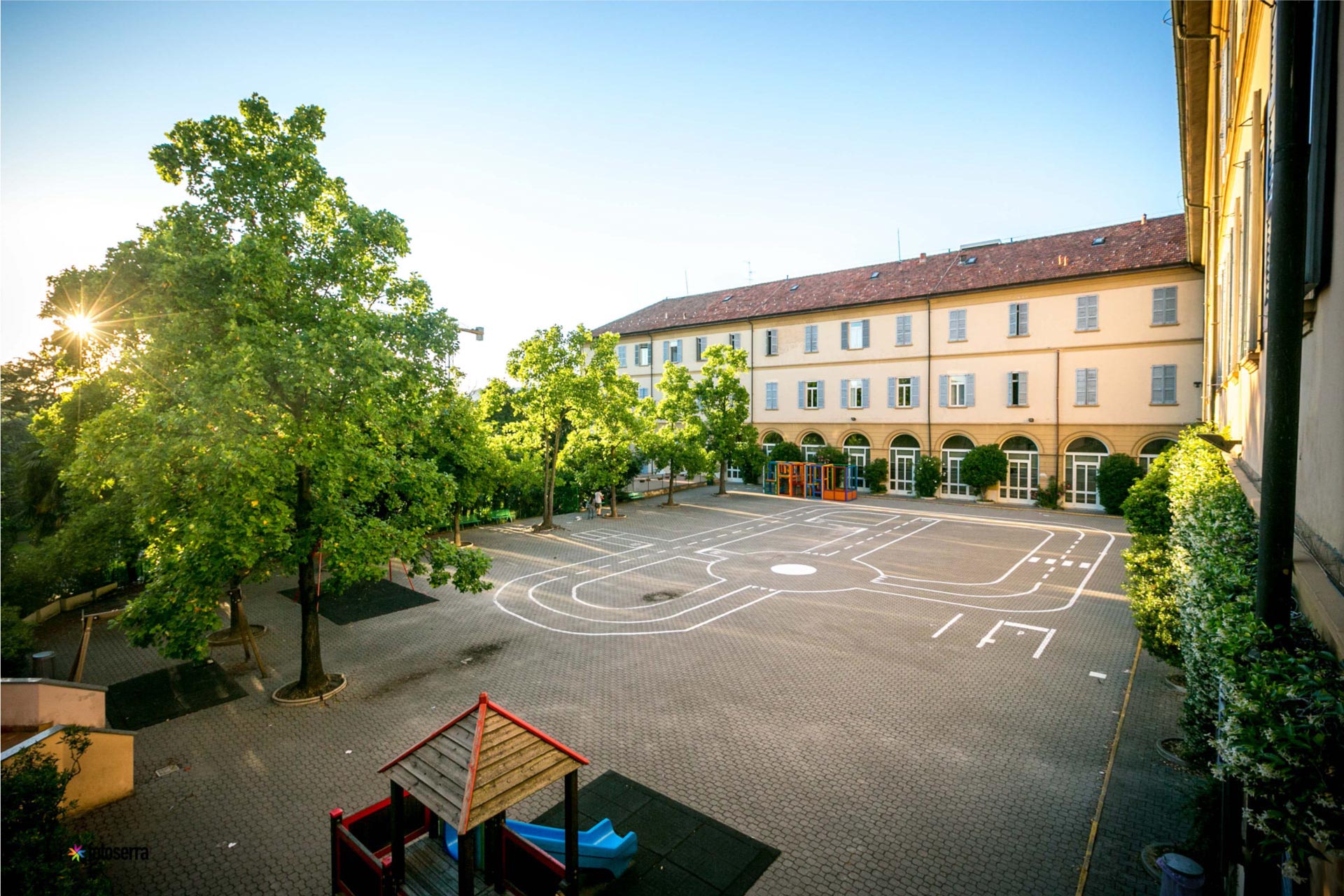 This site uses cookies to give you a better user experience.

By continuing to browse, you agree to accept the use of cookies.